IWOC Awards: An Evening of Courage and Inspiration 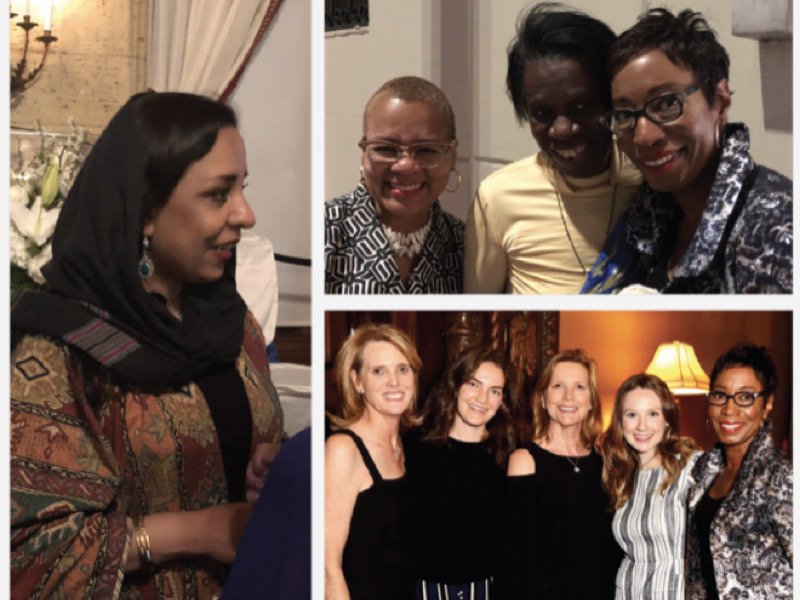 If you ever need a boost of inspiration, attending the annual US Secretary of State's International Women of Courage (IWOC) Awards will catapult you to a whole new level.

The awards, held in Los Angeles at the end of March, recognize women around the globe who have demonstrated exceptional courage and leadership in advocating for peace, justice, human rights, gender equality and women's empowerment, often at great personal risk and sacrifice.

The woman in the left photo is Roya Sadat of Afghanistan. Roya is a creative thinker who refuses to be silenced in the face of threats from conservative elements within Afghan society. Using cinema and television as platforms for advocacy, she is promoting positive change by telling the untold stories of Afghan women and girls.

In the photo on the top right, you see me next to Godelieve Mukasarasi of Rwanda (and her interpreter is standing next to her). Godelieve has dedicated her life after the 1994 Rwandan Genocide to fighting for a culture of peace and non-violence in Rwanda, as well as promoting the rights of women and girls affected by sexual violence in conflict zones worldwide.

In the group photo on the bottom right, I'm joined by Janice Trojan – she's the media liaison for the IWOC Celebration – Katherine Mangin, Jennifer Convery and Quinn Wonders.

We were all inspired by the award winners' stories and so grateful to everything they're doing to make the world a better place.

The 3 Leadership Qualities of Abraham Lincoln

Not Qualified for a Board Seat? Think again

Know Your Value: Own Your Narrative and Your Worth

Enjoy what you're reading?

Thank you! You've been added to my list!
Oops! Something went wrong while submitting the form.

Sign up for my monthly digest of leadership stories, lessons, tips & more.

Thank you! Your submission has been received!
Oops! Something went wrong while submitting the form.